Outlaw poetry blog Your One Phone Call published my poem “Johnson Absolutely” today. You can read it here.

This piece is another to feature Jean Savage, an antiestablishment figure who turned up in a number of poems and stories. When I compiled Savage Magic to be the “complete Jean Savage poems,” I overlooked this one somehow. That’s what happens when you have a backlog of a few hundred poems. If you like this one or some of my other pieces in “surrealist rant” mode, you might check out the book, available on Amazon and Lulu. 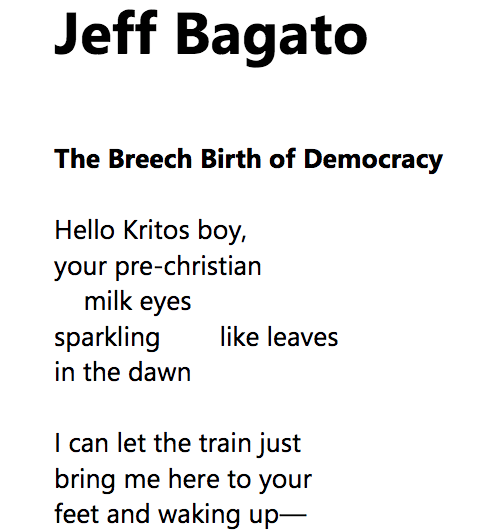 “The first Literary Journal to be published on the Internet,” Ygdrasil started in 1994 and is still going strong. Their new September issue (Vol XXV, Issue 9, Number 293) was released a bit early. It contains three of my poems: “Breech Birth of Democracy,”
“These visions have a human reference point,” and “Out of House, Out of Home.” You can read them here.

Just catching up on some publications after a trip to the Southern California desert: Joshua Tree, Slab City, Salvation Mountain, Mount San Jacinto, the Cabazon Dinosaurs, and the Palm Springs Tonga Hut.

Over the break, three different journals included my work on May 1:

A big group of multi-media material appeared in Otoliths #45, including a textual poem, a video poem, and six stills from the video. “The Earth Remains Flat” is one of the pieces I’ve been working on lately with the theme of “Civilization’s Lost.” I used a section of the text as an overlay in a video poem of the same name, and then pulled stills from the video. Some of the images dig into asemic territory. You can view it all here.

“The Haunting” appeared in Black Poppy Review. You can read it here.

“One for the Road” appeared in In Between Hangovers. You can read it here.

Today, experimental poetry blog Ex-Ex-Lit published my poem “Forensick Recovery (Ring in the News).” You can read it here. This one’s wild and crazy, with a lot of sound words swirling around some vague sense, kind of like watching a news report while half asleep.

A still image from one of my recent video poems appeared on March 30 in the poetry journal H&. This visual poem is titled “Static-1”. You can see it here.

The text on the image reads: “static/crushed bits/another meme ends.” It’s taken from one of a new group of works centering on lost civilizations, and the fragility of cultures, languages, and nations. The source video was created using a long chain of glitch video devices and other old video effects processors. Some of that footage can be viewed on the Bionic Eyes YouTube channel.

Today, poetry blog Your One Phone Call published my poem “The Art of the Deal.” You can read it here. This is the second of three of my poems the journal will publish this month.

Although the title references Trump’s book, the poem doesn’t really deal with him or his businesses. And this piece was written in the 90s, back when a Trump presidency was just a joke. Nonetheless, the poem describes a phantom Washington, DC, which is kind of prophetic, looking at it now. 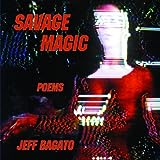