It still amuses me to think of the time I bought 100 copies of my own book, Savage Night and Other Stories, for $1 each on Amazon. Looking back at my Amazon orders, this was on April 1, 2011.

I caught the sale at the right time. Amazon was listing my book for $3. I assume they had warehoused a few stock copies due to the success of my earlier book, Mondo DC. Now they had unsold copies to get rid of. On a whim, I placed an order for my own book, requesting 100 copies. I had to order the books in batches of 33, with one batch of a single copy. I figured they would cut me off based on the number they actually had in stock. But no.

They sent me 100 copies of Savage Night. 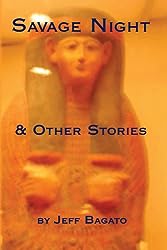 For me, this was a no-brainer. Kind of. My royalty rate on Xlibris, where I had self-published Savage Night, was $2 per copy. So eventually I got a check from them covering two thirds of the price I paid Amazon. My net cost was $1 a copy.

Of course I have roughly 98 copies of the book left in my house. If anyone wants one, let me know. I’m sure we can work out a fair price.

This actually happened a second time in May 2015 with the second book I published through Xlibris, Spells of Coming Day. Amazon listed the book for $4, and I tried to order 100 copies. However, the bookseller had learned their lesson. I was only able to buy 4 copies at the reduced price. Of course, I still have those sitting in my house. 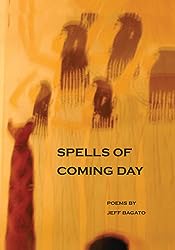 Every now and then, I check the Amazon listings for my books. I haven’t seen any big sales lately. But it’s remarkable how many third party sellers are offering my titles, usually at prices far higher than either Amazon or Lulu list them. I’d like to know how that’s supposed to work. But in some way, it’s flattering to think that someone listed my book in their catalog, hoping to make a little bread. I’m sure it’s a win-win for them: if one sells, they just have to order it from Lulu (or Xlibris or AuthorHouse) and then send it out, reaping big profits.

Since I rarely see any royalties from my own books, I guess they aren’t selling too many copies. Somehow, it all seems like a commentary on today’s publishing industry.