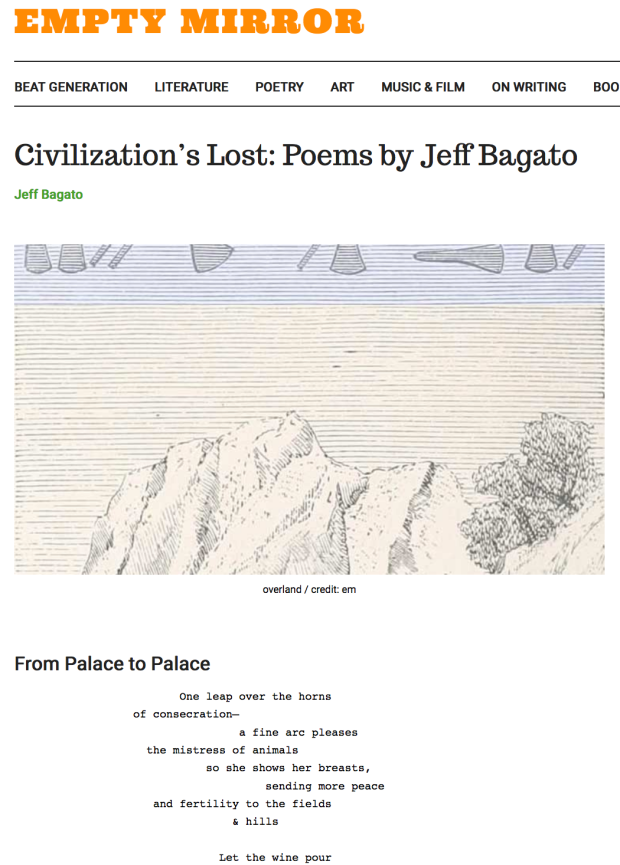 Today, Empty Mirror published five poems in my “Civilization’s Lost” series: “From Palace to Palace,” “A Better Cannibal,” “Chain of Command,” “Mound Culture,” and “To every fox, a henhouse of his own.” You can read them here.

The series as a whole is based around various lost civilizations or lost cities. “From Palace to Palace,” for instance, takes the Minoan civilization as its starting point, with images of the horns of consecration, bull leapers and a large system of palaces blending with thoughts about its still undeciphered written language, known as “Linear A.” Under the current U.S. regime, I feel it’s important to examine the fragility of languages, cultures and nations.

Empty Mirror is one of my favorite online lit mags. Many pieces revolve around Beat literature, but there’s lots of contemporary visual poetry, art, and writing. Highly recommended for a slow Friday at work!