That time my poem “The Real Revolution” appeared in Flipside #85, from July/Aug 1993. When their poetry editor Pooch accepted it, he said he liked it because he wasn’t into Bikini Kill.

I’ve always thought they were a great band, and their  concert in a park near the Capitol in DC was one of the best I’ve ever seen. Kathleen Hanna was looking pretty good in a tight t-shirt and a black miniskirt, but as a married man and a feminist, I wasn’t there to watch cute girls, just to see a great band play great music. There’s no denying that sexuality was part of their presentation. But what if (male) audiences rejected sexual posturing and just viewed people as people, regardless of gender? 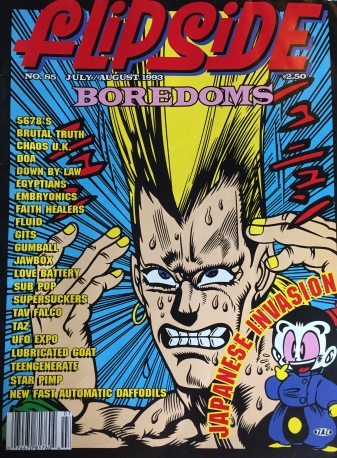