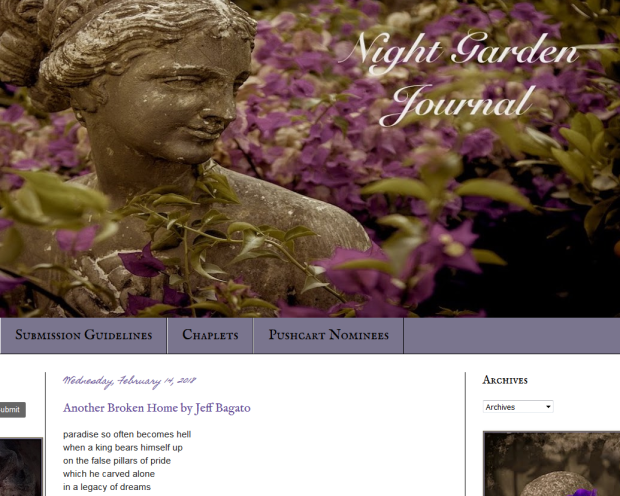 Black Poppy Review recently changed its name to Night Garden Journal. Today, my poem “Another Broken Home” appeared under the new banner. You can read the whole piece here.

The story in the poem is based on a legend from Tinian Island in the Marianas archipelago, one of the ancient homes of the Chamorro people. Guam is the southernmost island of the group. The mushroom stones in the poem are actually called latte stones. The mythological king Taga built a large house on foundation of latte stones, today called the House of Taga. The story explains the origin of the foundation pillars.

While this piece is not technically a part of the “Civilization’s Lost” series I’ve been working on, it continues my interest in lost lands. Under the current US regime, it seems more important than ever to examine the fragility of languages, cultures and nations.