Very pleased to announce the latest Zoomoozophone Review has been released today. This is issue 16 of the experimental poetry journal, including great text and visual work from a host of familiar “scene” figures: Mark Young, Sanjeev Sethi, Clara B. Jones, billy bob beamer, Heath Brougher, Stephanie McElrath, and Xan Schwartz, among others. There are also three of my Gonch poems: “Hoc Analla Hoc,” “Allonach Gonchon Canca Gohl,” and “Achanalla Chaanlang.”

You can check out the whole issue here. 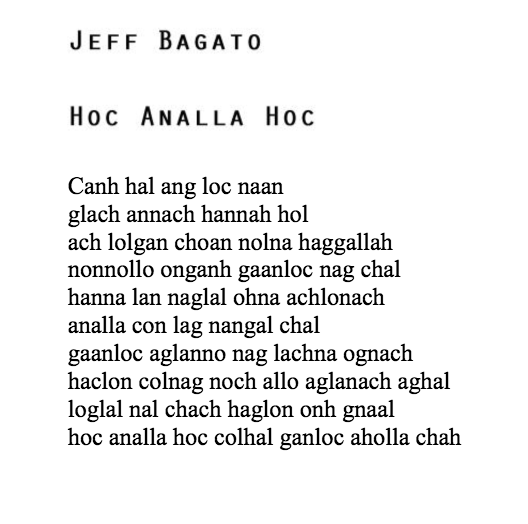 All the Gonch pieces were written using a vocabulary limited to words invented from the nonsense phrase “All Gonch.” It’s an attempt to create a new language, imagining also the culture behind it through the shape and structure of the words, that might arise after the death of the current (American) culture and language.