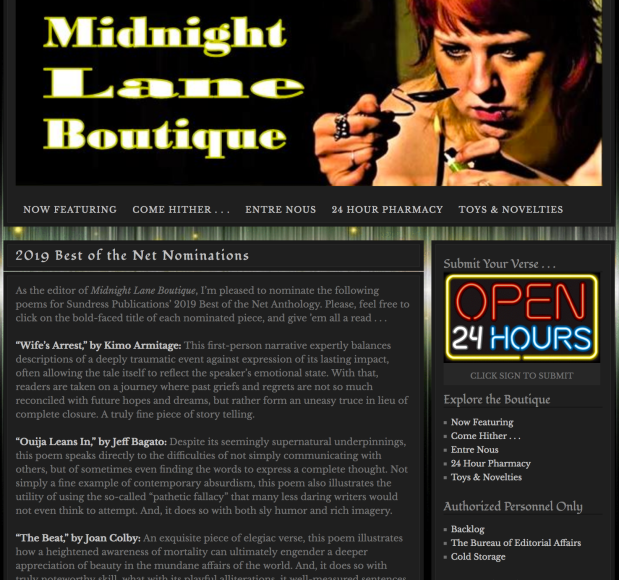 I was pleasantly surprised to hear from Midnight Lane Boutique editor Johnny Longfellow yesterday, telling me he had nominated my poem “Ouija Leans In” for the Best of the Net Anthology 2019. He announced his nominations, which included pieces by Kimo Armitage and Joan Colby, on the journal’s website here.

Even more flattering was the thoughtful analysis he wrote of my work:

Despite its seemingly supernatural underpinnings, this poem speaks directly to the difficulties of not simply communicating with others, but of sometimes even finding the words to express a complete thought. Not simply a fine example of contemporary absurdism, this poem also illustrates the utility of using the so-called “pathetic fallacy” that many less daring writers would not even think to attempt. And, it does so with both sly humor and rich imagery.

Aside from making the piece sound smarter than it actually is, this note helped me understand how other people might read and understand one of my poems. It’s been over 30 years since I read nineteenth century art critic John Ruskin in grad school, so I had to google his term “pathetic fallacy” to find out it refers to the rather lazy poetic tendency to anthropomorphize inanimate objects, particularly in the work of Wordsworth, Keats and other Romantics. The sentimentality of a “chuckling brook” or a “jolly breeze” really rubbed Ruskin the wrong way. I wonder what he would have thought about using a Ouija board as a character in a poem?

Anyway, Johnny Longfellow published “Ouija Leans In,” along with two other poems featuring Ouija, in Midnight Lane Boutique on August 3, 2018. You can read them here. 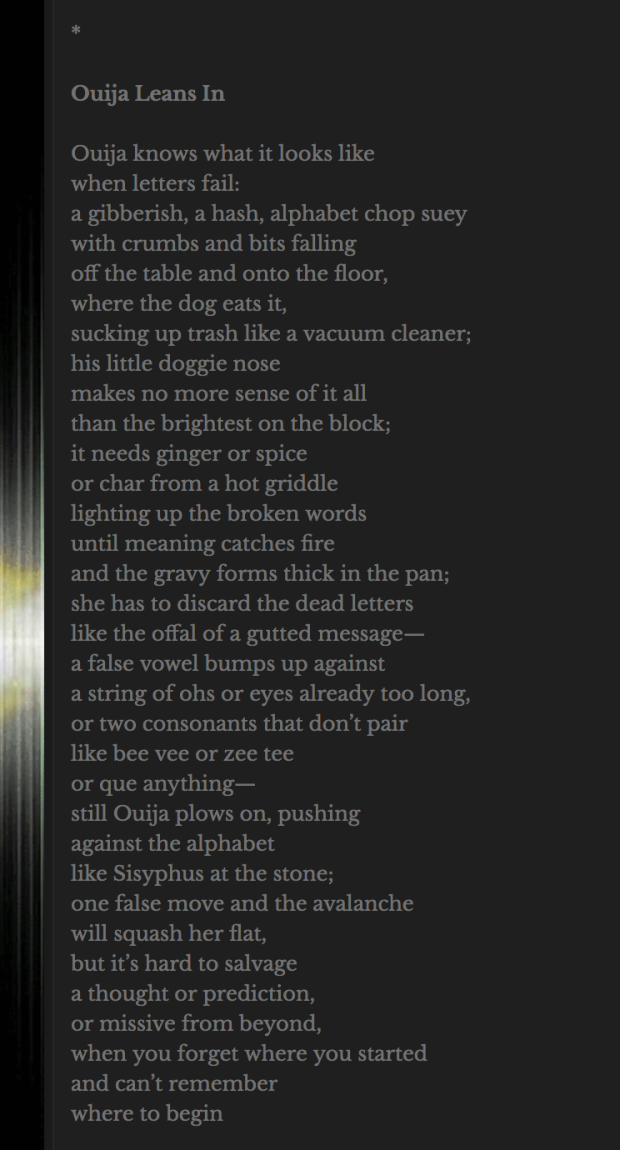