Over the years 1989 to 2001 when I edited and published thirteen issues of the music and outsider art fanzine MOLE, I accumulated a huge number of fanzines. Most of them were music related, but there are examples of all sorts of zine genres–travel zines like Dishwasher, handwritten things, proprinted mags on glossy paper, and more. The picture above shows the sixteen cartons full of the collection. I decided to donate the whole mess as part of a downsizing effort in preparation for a long move to another state. That effort has been put on an indefinite hold due to the coronavirus social distancing, but that’s another story.

Finding an archive willing to take so many magazines proved more difficult than I thought. The DC Punk Archive was a first choice, since MOLE was a DC-based publication. However, even though my contact there, Michele Casto, called the collection “epic,” the archive’s small footprint at the Martin Luther King public library in DC wouldn’t allow them to expand beyond a DC-metro focus. I had already donated a bunch of LPs, CDs, tapes and ephemera to the DC Punk Archive, but I didn’t want to separate out the few DC zines and thus break up the whole collection. I also tried a few other places, but they either had a regional or topical focus that meant they couldn’t take the whole thing, or they never responded.

At the top of my list was The Center for Popular Music at Middle Tennessee State University, in Murfreesboro, TN, because it generously supported MOLE during its existence by taking out a regular subscription and paying the full annual fee even though I only printed one issue a year (instead of the promised 3 or 4). Of course, we’re only talking about $10, but the number of subscribers was pathetically small. At first, the size of the collection was a barrier for CPM, but when its director, Greg Reish saw my pictures of all the boxes, along with shots of the contents of each, he was hooked. I also gave the archive three cartons of promotional materials I received during the 90s from record labels at every level from single band efforts to indies to corporate. I found a box of promotional postcards and threw those in. And all my copies of Flipside, Maximum Rocknroll, Factsheet Five, and Option were included (not shown in the picture above.) All told, the donation amounted to 26 liner feet of fanzines, promotional materials, and assorted other materials.

In late February, Greg Reish flew out to Northern Virginia, rented a minivan, and came by to pick up the boxes. We filled the van–you can see the mass of stuff below–and he drove back to Tennessee. It was a big relief to pass all that stuff on to a great archive that will make the material available for readers and researchers. 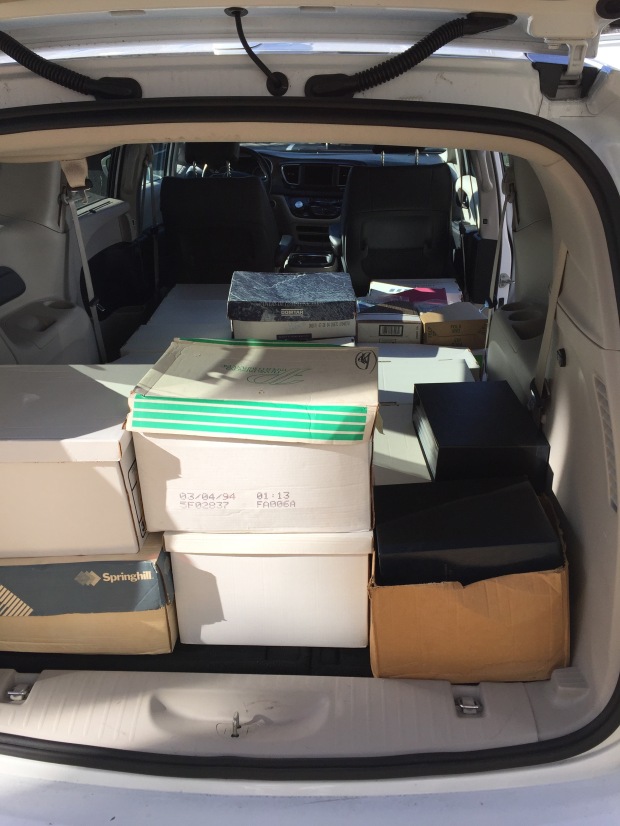 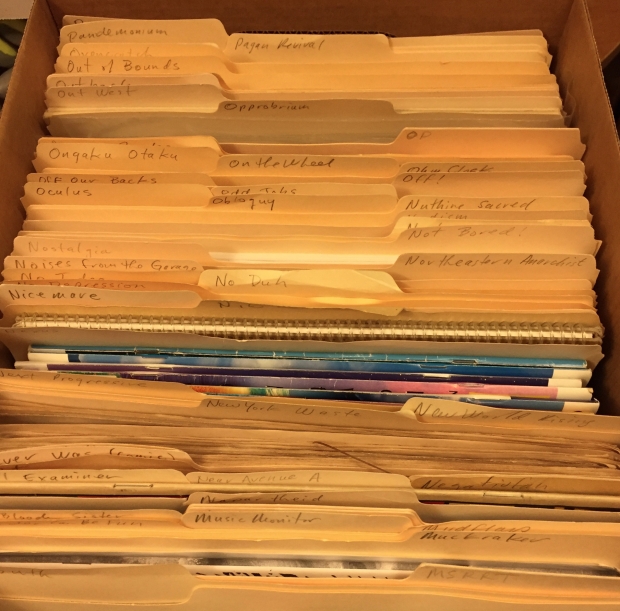 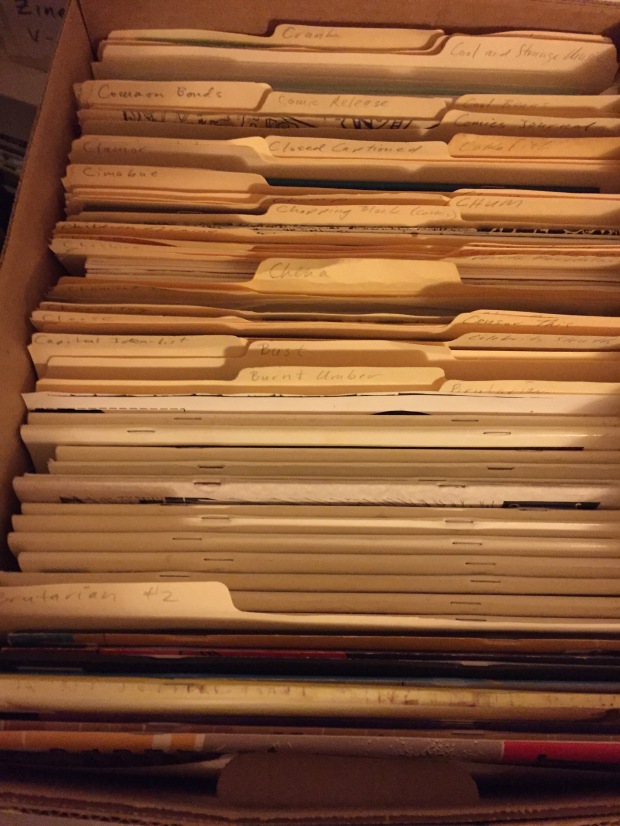